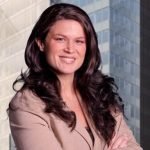 As an entrepreneur, Executive Recruiter, and Talent Strategist, I have always been fascinated by behavioral science and how our basic humanity impacts business, leadership and our career stories. Dr Vance Caesar, a renowned leadership expert and author wrote “The High Achiever’s Guide to Happiness”, which unpacks why the high achieving population tends to struggle with low self-esteem (imposter syndrome/ a fierce inner critic). His thorough research explores why only 8% of the high achieving population is genuinely happy, and more importantly, what those 8% have in common.

Over achiever vs. Inner Critic:

Elizabeth was an over-achiever. Everyone thought so, even Elizabeth. She was educated and always achieved high levels of success throughout her progressive career. However, when the CEO of the high-growth consulting firm she had worked with for six years presented her with the opportunity to become the Executive Director, she appeared happy, confident, and eager to get started. Except she wasn’t.

Her inner critic had kicked in and she spent sleepless nights wondering “who do you think you are? You’re not ready for this – you will undoubtedly fail, and everyone will know you are not as smart or qualified as you’ve led them to believe”.

Intellectually, Elizabeth knew that her inner critic was wrong – she had always figured out a way to be successful and her colleagues always praised her for her emotional intelligence, leadership skills, and business savvy. But, that didn’t stop her from feeling inadequate, doubtful, unconfident and scared.

She felt like an imposter. So, the next day, she walked into the CEO’s office, thanked him for the promotion and declined his offer. She decided to play it safe – and remain in her current role, where she knew she would continue to manage her brand, credibility, and ensure she would always have a job.

Unfortunately, that CEO let her go six months later as he had lost faith in Elizabeth. After all, if Elizabeth didn’t think she was capable, who was he to believe she was? He hired a new Executive Director and they no longer could financially sustain such as large executive-level staff.

We all have that inner critic. For some of us, that critic is loud and obnoxious. We need to learn to quiet that negative self-talk and increase the volume on the inner cheerleader.

These feelings of inadequacy are known as imposter syndrome. According to a review article published in the International Journal of Behavioral Science, an estimated 70% of people experience these imposter feelings at some point in their lives.

There are many theories as to why people experience imposter syndrome and that awful inner critic. For some, they were considered an outsider during their childhood, and that experience undermines their confidence today. Some people are naturally more anxious and eager to please. There’s no one reason.

How to Deal with Your Inner Critic

There are ways to deal with these feelings. Kathleen Smith, a therapist and author of the book Everything Isn’t Terrible: Conquer Your Insecurities, Interrupt Your Anxiety, and Finally Calm Down has a few tips:

Know Your Own Performance

It’s difficult to be clear about your accomplishments if you don’t have clear performance goals. To clarify what you’re trying to do and who you want to be, define your goals and objectives.

We suggest using the North Star Objectives method of defining your accomplishments and goals. Once you’re clear on where you’re going, it’s easier to ignore that inner critic and focus on the journey.

Each day learn to define what good work looks like. When you have defined criteria, it’s easier to meet those criteria and measure your success.

You’ll feel more confident in your abilities as you build successes over time. Only accept feedback from those you trust.

"Success is the sum of small efforts – repeated day in and day out."

Don’t focus only on what others say and do. Be confident in your own thinking about your work.

Imposters tend to be more focused on appearances rather the work. The work itself is what’s important.

Valerie Young, an expert in Imposter Syndrome and the author of the book The Secret Thoughts of Successful Women, invites people to remember that experiencing imposter syndrome are not “less than.” 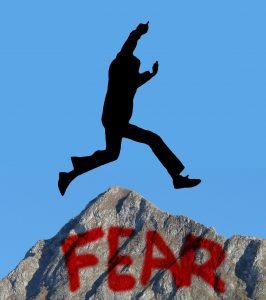 “People who don’t feel like impostors are no more intelligent or competent or capable than the rest of us,” Young says. “It’s very good news, because it means we just have to learn to think like non-impostors.”

It can be difficult to silence that inner critic. Young suggests that you “Flip the Script.” When you’re starting a new project and that inner critic says, “Wait until they find out I have no idea what I’m doing.” acknowledge that everyone is unsure when starting something new.

You may not have all the answers, but you’re smart enough to know how to find them. Move forward confidently.

Practice listening to your inner cheerleader by reviewing your accomplishments regularly. Allow yourself time to reflect on the positive feelings of meeting your goals. Let people know when you’ve achieved something.

Your achievements are just as important as problems that arise. As your confidence in your abilities grows, that inner critic tends to stay silent.

Keep a list and a brief description of what you’ve accomplished. Set aside time for this task every month.

Then, when that inner critic is calling you an imposter, review those achievements and silence that negative voice.

The Opposite of an Imposter

The opposite of an imposter is your authentic self. Professionals grow in their careers through experience, guidance, and a continually growing body of knowledge. Don’t let your emotions define you or your success. Stay secure in your knowledge and experience and you won’t feel like an imposter any longer.

Need to get the word out about your accomplishments? Learn how to create and communicate your personal brand. For more information, check out the Career Accelerator.

Is your company missing their big chance? Managing a growing company is exciting and full of challenges. A major challenge is hiring and onboarding new

As a manager, there are times when you need to provide feedback to your staff. Oftentimes, managers tell the employee that the feedback is not

How to Ditch Traditional Performance Reviews

Do you have time to do that annual Performance Review? According to IntelliHR, “Managers can spend, on average, 17 hours preparing each employee’s review.” Are

https://www.youtube.com/watch?v=3MMCW-xGV8U Today, what we’re going to talk about is several different aspects of creating a polished presence. We want to make sure to welcome our